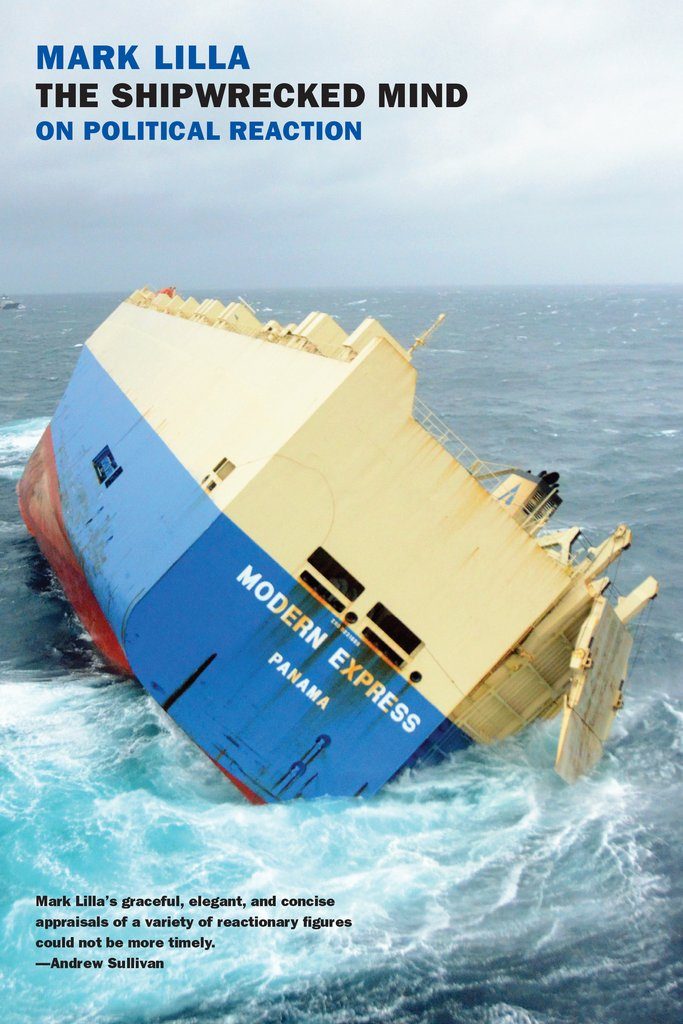 We don’t understand the reactionary mind. As a result, argues Mark Lilla in this timely book, the ideas and passions that shape today’s political dramas are unintelligible to us. The reactionary is anything but a conservative. He is as radical and modern a figure as the revolutionary, someone shipwrecked in the rapidly changing present, and suffering from nostalgia for an idealized past and an apocalyptic fear that history is rushing toward catastrophe. And like the revolutionary his political engagements are motivated by highly developed ideas.

Lilla begins with three twentieth-century philosophers—Franz Rosenzweig, Eric Voegelin, and Leo Strauss—who attributed the problems of modern society to a break in the history of ideas and promoted a return to earlier modes of thought. He then examines the enduring power of grand historical narratives of betrayal to shape political outlooks since the French Revolution, and shows how these narratives are employed in the writings of Europe’s right-wing cultural pessimists and Maoist neocommunists, American theoconservatives fantasizing about the harmony of medieval Catholic society and radical Islamists seeking to restore a vanished Muslim caliphate.

The revolutionary spirit that inspired political movements across the world for two centuries may have died out. But the spirit of reaction that rose to meet it has survived and is proving just as formidable a historical force. We live in an age when the tragicomic nostalgia of Don Quixote for a lost golden age has been transformed into a potent and sometimes deadly weapon. Mark Lilla helps us to understand why.

PRAISE FOR THE SHIPWRECKED MIND:

The most impressive and the most enjoyably stylish book I read this year … Lilla is a superb commentator on politics and society. A wise and cautionary volume.

—John Banville, The Irish Times, “Our Favorite Books of the Year”

The Shipwrecked Mind showcases Lilla’s gift for sketching out such long histories — and historical mythologies — with a few artful brushstrokes, covering centuries of thought and politics in a few pages. (His chapter titled ‘From Luther to Walmart,’ channeling academics such as Alasdair MacIntyre and Brad Gregory to describe the post-Reformation descent into today’s rapacious capitalism, is a minor classic all on its own.)

If the past seems real to you and the present a foreign country, you may be suffering from a shipwrecked mind. Put that idea into politics and you’re likely to have a reactionary movement: Make America Great Again, restore the caliphate. Take your pick from today or from history. There is an amazing new book of intellectual historical and current political analysis called The Shipwrecked Mind: On Political Reaction that ends with the words ‘once upon a time.’

—The Brian Lehrer Show, listen to the interview here

Mark Lilla’s graceful, elegant, and concise appraisals of a variety of reactionary figures could not be more timely.

Mark Lilla is one of America’s foremost intellectuals and he has written an essential book. He argues that we live in an age when revolutionary ideas have lost their allure but reactionary ideas—that protest and reject core elements of the modern world—are gaining strength. As you read these essays, you will be reminded that ideas matter. John Maynard Keynes once explained that ‘madmen in authority, who hear voices in the air, are distilling their frenzy from some academic scribbler of a few years back.’ To make sense of the madmen, you need first to understand the scribblers.

Mark Lilla leads us on a fascinating tour of the modern reactionary mind, shining a fresh light on the ideas and beliefs of a wide range of thinkers, both famous and forgotten. Engagingly written and impressively erudite, this is intellectual biography at its finest.

Lilla has assembled this brief but far from lightweight volume from essays….Taken together they have new force, sketching a cast of mind that has shadowed European thought for a century, and one that may seem disturbingly familiar to students of American politics today….as compact and elegant as they are erudite.

Lilla, a professor of the humanities at Columbia, skillfully untangles the apocalyptic ‘mytho-histories,’ ‘just-so narratives,’ and ‘political bedtime stories’ favored by the modern right, in Europe and America…The best pages in The Shipwrecked Mind are elegant, concise portraits of refugees from Weimar Europe who fled to America after the Nazi takeover and brought with them ‘some very large and very dark ideas about the crisis of the age.’

At a time when the United States is dealing with radical populism and Europe is beset with a new far right, Mark Lilla’s The Shipwrecked Mind is the book to read for a more profound understanding of what ails us.

Mark Lilla is the model of an engaged intellectual. These essays brilliantly explore the unhappy present in the light of history and philosophy.

Lilla’s fascinating exploration of political conservatism shows how various so-called reactionaries have helped shape history….In revealing the mechanics of political reaction, Lilla approaches the subject through a unique religious lens. He is a fantastically gifted essayist, and this short volume collects the best of his recent work—not simply on political reaction or revolution, but on subjects including Judaism, Gnosticism, Islam, and Don Quixote.

Though the revolutionary impulse has been analyzed to the point of overkill, Lilla suggests that its opposite pole has been all but ignored….Lilla provides a welcome corrective in restoring analytical balance.

In trenchant prose, [Lilla’s] work combines a shrewd assessment of French current events with an impressive command of French history and literature—a rare example of commentary that is at once journalistic and scholarly, and deeply informed.