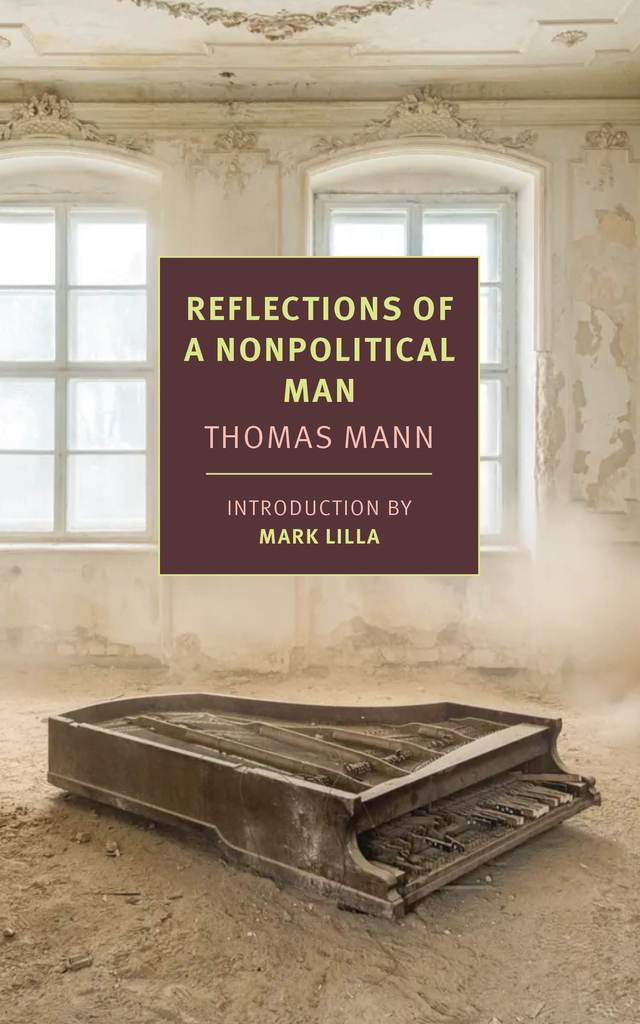 REFLECTIONS OF A NONPOLITICAL MAN

When the Great War broke out in August 1914, Thomas Mann, like so many people on both sides of the conflict, was exhilarated. Finally, the era of decadence that he had anatomized in Death in Venice had come to an end; finally, there was a cause worth fighting and even dying for, or, at least when it came to Mann himself, writing about. Mann dropped the short story he was working on in order to compose a full-throated paean to the German cause. Soon after, his elder brother and lifelong rival, the novelist Heinrich Mann, responded with a no less withering denunciation. Thomas took it as an almost unforgivable stab in the back.

The bitter dispute between the brothers would swell into the strange, tortured literary monument that is Reflections of a Nonpolitical Man, a book that is as blind as it is troubled and full of curious insight. Mann worked on it and added to it throughout the war years, publishing it only when German defeat was inevitable, and these reflections are in a sense a first draft for his later explorations of German destiny in The Magic Mountain and Doktor Faustus. His effort to hold on to a notion of common good that lies beyond politics in the face of growing and inconceivable political disaster is all the more thought-provoking for being fatally flawed.

The NYRB Classics edition includes these two additional essays by Mann: “Thoughts in Wartime (1914), translated by Mark Lilla and Cosima Mattner; and “On the German Republic” (1922) translated by Lawrence Rainey